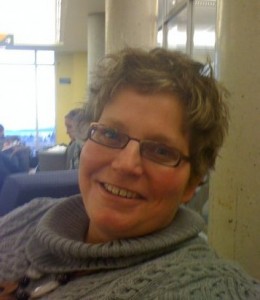 Kyla Hanington lives with her partner, two children, two cats, and a great deal of enthusiasm.

Kyla writes and speaks on a number of topics, including raising a child with autism, single-parenting, alcoholism, self-esteem, transforming lives through education, living through poverty, and more. With both humor and skewering honesty about her internal experiences, Kyla lets others know they – with their foibles, uncertainties, and confusions – are not alone.

Born in Victoria, BC, Kyla spent most of her youth in a small town in the interior of British Columbia before moving with her family to Hawaii when she was fourteen years old. After a brief and not particularly productive stay at the University of Idaho, Kyla lived in Vancouver for nearly two years until moving to Denmark. With her growing family, she subsequently lived in both Indiana and Maryland before settling in Canada. After residing for ten years in coastal British Columbia, she again lives in Maryland where, in addition to her other writing, she is a frequent contributor to the local paper.