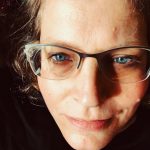 Kyla Hanington is a Canadian writer and editor now living in Maryland. Her work has appeared in magazines in the United States and in Canada and has been broadcast internationally on CBC Radio's The Sunday Edition. She was a panelist at the Southern Literary Festival 2022, a fellow … END_OF_DOCUMENT_TOKEN_TO_BE_REPLACED